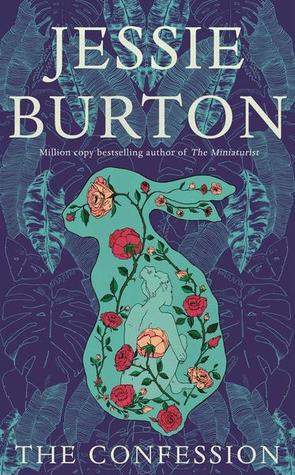 Jessie Burton, writer of The Miniaturist, The Muse and most recently The Confession, is one of my favourite authors. Not only because she  spends time on her work – evidenced by the carefully constructed characters, intricate plots, and true-to-life settings created with words,  she is an original and talented craftsman. These are books you can judge by their appealing and finely-drawn covers.

In The Confession, we meet Constance Holden and Elise Morceau as they meet for the first time in 1980 on Hampstead Heath. Elise is young and attractive, the older enchanting Connie a writer about to be launched into the world of filming and screenplays in Los Angeles because of her wildly successful novel, Heartlands.

Skip forward three and a bit decades to 2017 (yes, sad but true), and Rosie is looking for her mother, Elise. Elise disappeared on Rosie and Dad when Rosie was just a baby. The last person to see her alive, says Dad, was Constance Holden, still an author, but now reclusive and somewhat batty. Has Rosie the courage to find and confront Constance, who has become expert at hiding herself away?

These two timelines weave and intersect as we discover what happened to Elise, and the story of the relationship between Connie and Elise takes centre stage. It’s gorgeous. The sense of place and setting (LA in the 1990s) is nicely done, and this makes the book a place you can hide in for a few days, where the words and the worlds wash over you, taking you outside your present reality for just a little bit.

“Like all cities, parts of it they drove past looked abhorrent; there was the layer of smog, the air of enslavement, the endless streams of cars. Healtheeeeeee 4 U! screamed a billboard. The taxi had its radio on. ‘Buy, buy, buy’, it yelled. The advertisement seemed never to stop; the word threatened to overwhelm her.”

I loved the three protagonists, their actress and agent sidekicks, and their complex interactions. This is one of those books you’ll want to rush through, and then slow down, because you don’t want it to end. Not yet.

You may also enjoy The Only Story by Julian Barnes, or Daisy Jones and the Six by Taylor Jenkins Reid.